Well, in an almost predictable fashion, the Minnesota Police Department released the dash cam footage and this video footage, in no way, exonerates Officer Jeronimo Yanez in the wrongful shooting of Castile. What it does show is just how rapidly things escalated from being a routine traffic stop to a deadly police shooting.

While the dash cam footage does not show what is taking place on the inside of the car, we can ascertain by the conversation that Castile informed the officer that he was in legal possession of a firearm and the Yanez tells him not to pull it out, and Castile says, I am not. In less than 20 seconds Yanez had drawn his firearm and fired seven shots into the car, five of which struck Castile.

“He was acquitted Friday of one count of second-degree manslaughter and two counts of intentional discharge of a firearm that endangers safety. Yanez testified he feared for his life because he believed Castile was pulling his own gun from his pocket. But prosecutors said Yanez was too quick to pull the trigger.” (Jay Croft, CNN)

There are some significant questions that must be answered if we are ever going to effectively reverse this trend or police violence aimed specifically at Blacks. There were reports of large groups protesting the verdict, but we must ask ourselves, what have protests produced for us in the past. Can we recall any point in which protests that are not underwritten by economic power have produced efficacious results?

It is time-out for appealing to the moral turpitude of a “people” and a system that does not function under the standard of morals. This system responds to power, and the greatest defense against aggression remains direct negative consequence. It is time to stop begging for respect and take it. It is time to make our presence felt, instead of always feeling the whip of oppression open up the unhealed wounds of slavery, black codes, Jim Crow, redlining, lynching, urban renewal, gentrification, etc.

The Black man is going to have to assume his rightful place as protector, and he is going to have to be willing to carry out the responsibilities associated with that role at all cost. It can no longer be acceptable for our youth and our woman to be assualted (regardless of race). It can longer be an acceptable course of action for law enforcement to enter our communities and take lives without retribution. The time is now for us to be MEN! ~ Rick Wallace, Ph.D., Psy.D.

You can read the CNN report to get a basic transcript of the video content:

(CNN)What’s most shocking is how fast it happened.

It took just 40 seconds for an ordinary traffic stop to turn deadly — from a police officer saying “Hello, sir” to him firing seven shots at a seated motorist.

But the police dashboard camera video released Tuesday adds a visceral element to what police witnesses had described — unnerving even in the context of other police shootings and after a video taken by Philando Castile’s passenger went viral. 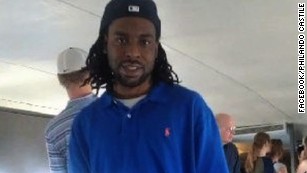 Until Tuesday, few people had seen the dashcam video from July 6, 2016, when Officer Jeronimo Yanez killed Castile in Minnesota. It was shown in court during Yanez’s trial.

He was acquitted Friday of one count of second-degree manslaughter and two counts of intentional discharge of firearm that endangers safety. Yanez testified he feared for his life because he believed Castile was pulling his own gun from his pocket. But prosecutors said Yanez was too quick to pull the trigger.

How the shooting unfolds

The nearly 10-minute video shows Yanez pulling over Castile on a wide street on a clear summer evening. Yanez approaches the white 1997 Oldsmobile and leans in to speak through the driver’s window. Another officer approaches but stands farther away on the passenger side. 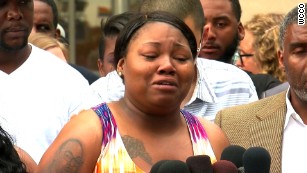 Yanez tells Castile his brake lights are out.

The video does not show Yanez’s point of view or the inside of Castile’s car, where his girlfriend Diamond Reynolds and her 4-year-old daughter were passengers.

Thirty seconds into the conversation, Castile begins to tell Yanez that he has a weapon.

Castile: … firearm on me.

Yanez: Don’t reach for it then.

Yanez: Don’t pull it out.

Castile: I’m not pulling it out.

Yanez: Don’t pull it out.

Yanez, whose hand had been near his gun, pulls out his weapon and fires seven rapid shots into the car, striking Castile five times.

Reynolds: You just killed my boyfriend.

Yanez: Don’t pull it out!

Yanez is then heard shouting obscenities and breathing heavily as the tape continues.

The child exits the car amid the chaos and the other officer picks her up.

Reynolds begins sharing a live video on Facebook, narrating in calm tones. She is told to exit the car and walk backward to an officer.

Officers are seen removing Castile from the car, placing him on the street, and treating him.

“I’m (expletive) up right now,” Yanez says at one point. 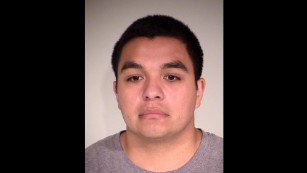 Yanez: And I don’t know where the gun was, he didn’t tell me where the (expletive) gun was.

Yanez: And then it was just, getting hinky, he gave, he was just staring straight ahead and I was getting (expletive) nervous and then, I told him, I know, I know, (expletive) I told him to get his (expletive) hand off his gun.

Yanez gives a brief explanation of the events to a supervising officer on the scene. Yanez says he told Castile not to reach for the gun and that Castile’s “grip [was] a lot wider than a wallet.” Yanez continues, saying “I don’t know where the gun was. He didn’t tell me where the [expletive] gun was.”

During the trial, prosecutors portrayed Yanez as a nervous officer who lost control of his traffic stop. He was too quick to pull the trigger after learning Castile had a gun, based on an unreasonable suspicion that he was a robbery suspect, they said.

Yanez, then a St. Anthony officer, testified Castile put his hand on his firearm, not his wallet or identification papers, and was pulling the gun from his pocket.

“I didn’t want to shoot Mr. Castile,” Yanez testified. “That wasn’t my intention. I thought I was going to die.”

Joseph Kauser, an officer who arrived to provide backup, stood on the right side of Castile’s car with his thumbs hooked in a casual position on the inner armpit area of his bullet resistant vest.

He testified in St. Paul that he didn’t see a gun inside the car and didn’t hear most of the conversation between Yanez and Castile, who appeared calm and relaxed. Kauser said he was surprised when Yanez started shooting. 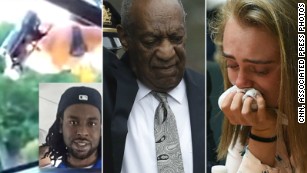 At trial, radio calls showed Yanez said he was going to stop a car to check IDs because two occupants look like armed robbery suspects. He says, “Driver looks more like one of our suspects just cause of the wide-set nose. .. I couldn’t get a look at the other passenger, and I’ll wait for you.”

Reynolds, Castile’s girlfriend who was in the passenger seat, said Castile was reaching for his driver’s license and registration, not the gun.

Her Facebook live-stream captured Yanez yelling, “I told him not to reach for it!” and a bleeding Castile saying, “I wasn’t reaching.”

The Facebook video, which did not include the shooting, was shown in court. It includes a portion of the same events as the dashcam video, but the view is from inside the car. Yanez’s weapon is seen pointing toward the bloodied Castile. “You told him to get his ID, sir, and his driver’s license. Oh my God, please don’t tell me he’s dead.”

When she is outside of the car, the audio can be heard as the video shows telephone or electrical wires across the blue sky.

“They threw my phone, Facebook,” she said. “Please, Jesus, no,” she is heard wailing. “Please no, don’t let him be gone, Lord.”

The jury heard two weeks of testimony and deliberated four-and-a-half days before finding Yanez not guilty.

The verdict was met by protests Friday.

“How did a jury not see what the rest of the world did? And why does, and how could, this continue to happen? Will there ever be accountability?” CNN Legal Analyst Joey Jackson asked in a commentary Saturday. 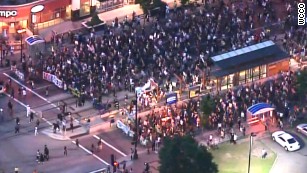 Protests after officer found not guilty.

Protests after officer found not guilty 01:33

One juror spoke to the media. Dennis Ploussard said jurors didn’t take their duties lightly and carefully considered the evidence. For much of the 27 hours of deliberation, all but two were in favor of acquittal.

According to CNN affiliate WCCO, Ploussard said that when jurors came to understand the definition of “culpable negligence,” they decided Yanez had acted as any other officer would.

The St. Anthony Police Department said shortly after the verdict that Yanez would no longer be with the police force.

Dr. Wallace is one of the leading voices in the fight for Black equality by way of enriched and activated knowledge. He has invested over 60,000 hours in research to understand the plight, behavior, conditioning and state of the Black collective. He is also a brilliant strategist and financial conceptualist, who works with private clients to help them achieve their dreams.

What is even more disheartening is the fact that Yanez fired into the vehicle with a child in the back seat and a female passenger sitting next to Castille. He should have been found guilty of second-degree murder, negligent homicide, reckless discharge of a firearm — for starters. Yet, he was not

Dr. Wallace has authored and published more than 18 books that address everything from self-awareness, finance, relationships and more.

You can get some of his more popular books at Barnes & Noble, including:

The Invisible Father: Reversing the Curse of a Fatherless Generation
http://www.barnesandnoble.com/w/the-invisible-father-rick-wallace-phd-psyd/1124699392?ean=2940011293047