Academic Apartheid: Special Education Disproportionality Against Black Boys & More explores the labyrinthine corridors of the public education system in the United States. The book points to the nefarious machinations aimed at Black students, especially Black boys. From a superficial perspective, one can examine the theory that young black children are undereducated as they progress through a European-based educational program. However, a more in-depth examination of the process unveils many systematic occurrences that go far beyond the simple failure of the public education system in this country. I immediately found myself faced with the challenge of painting a detailed portrait of a White racial caste system and the substantial role it plays in the miseducation of Black youth and blacks in general. 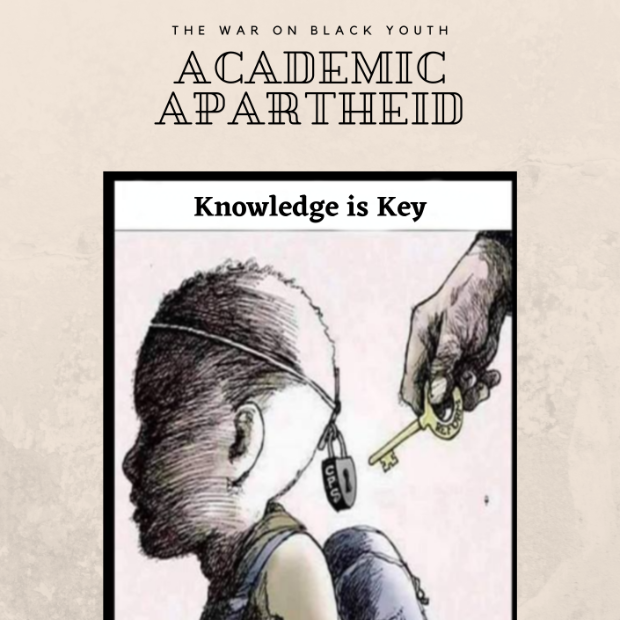 As I began to unravel this web of treachery, it became almost overwhelming the lengths that this White racial cast sytem has gone to ensure that the white elite would maintain their positions of power and dominance — not only in America but globally. There are multitudinous machinations through which white supremacy has carried out its successful campaign to oppress African Americans; however, very few adverse mechanisms possess the complexity of miseducation. It is also essential to understand that Black youth’s miseducation extends beyond American schools’ corridors and invades almost every facet of Black culture, including entertainment mediums such as television and music.

The correlation between the disproportionate rates of young Black boys diagnosed with learning and behavioral disorders such as ADHD, mental retardation, learning disabled, oppositional defiant disorder, and more, and the Private Prison Industrial Complex is alarming. There is a lucid and inextricable connection between how our young Black boys are treated in the early stages of the educational process and establishing a school-to-prison pipeline that leads from the back doors or schools to the front doors of prisons. The complexity and devastation of this one simple element of the greater scheme suggests that it is worthy of its own volume; however, I dedicate a significant part of the book to unveil this vile attempt to destroy the black male by any means necessary.