People on social media are shedding light on the important work by black female reporters after the president called journalist April Ryan a “loser” and insulted a string of other black women this week.

During a press conference on Friday, President Donald Trump targeted Ryan while answering a question about CNN’s Jim Acosta, whose White House credentials were revoked after his heated exchange with Trump on Wednesday.

“The same thing with April Ryan, I watch her get up, I mean, you talk about somebody that’s a loser, she doesn’t know what the hell she’s doing,” Trump said. 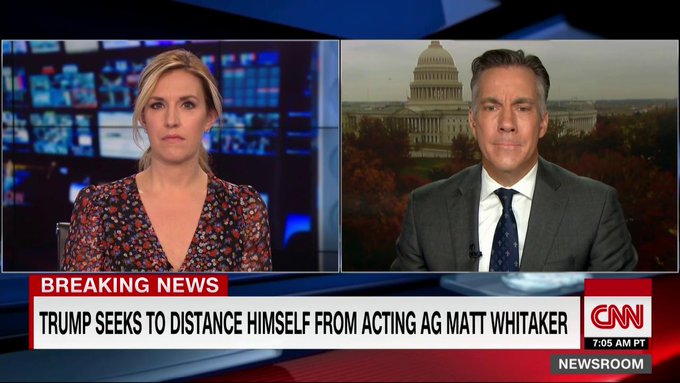 The White House is a “very sacred place to me,” the president said. He called for respect… But then he insulted at least three reporters. Here’s how @AprilDRyan responded right afterward.

938 people are talking about this

“She gets publicity and then she gets a pay raise, or she gets a contract with – I think CNN – but she’s very nasty, and she shouldn’t be,” Trump said of Ryan, a 21-year veteran White House reporter.

I am so sorry you have to endure this
Your friends, fans & family are proud to know you#togetherwerise

204 people are talking about this

Ryan has since responded to the president’s remarks.

“Those words are terrible from a sitting United States president, versus someone who has been covering presidents before he came, and probably after he leaves,” she said on CNN.

She also addressed how Trump told her to “sit down” on Wednesday as she attempted to ask questions about voter suppression.

“When I stood up, in his response, he tells me to ‘sit down,’ in a condescending, very ugly matter,” Ryan said. “I am proud to work for CNN, I have been working in this business for 21 years.”

Ryan isn’t the only black female journalist Trump has derided this week. 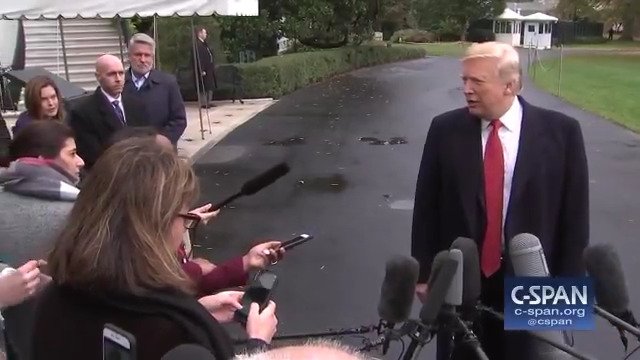 And Trump today attacked another black reporter, Abby Phillip: “What a stupid question that is,” he says to her.

17K people are talking about this

On Friday, the president lambasted CNN White House correspondent Abby D. Phillip after she questioned him about special counsel Robert Mueller’s Russia probe after the appointment of Matthew Whitaker as acting attorney general.

CNN has since responded in a statement, writing that Phillip, in fact, “asked the most pertinent question of the day.”

Statement: @abbydphillip did not ask a “stupid” question today at the White House. In fact, she asked the most pertinent question of the day. The @realDonaldTrump’s personal insults are nothing new. And never surprising.

7,199 people are talking about this

On Wednesday, Trump accused Yamiche Alcindor, PBS NewsHour White House correspondent, of asking a “racist question” when she inquired about the public perception that he was “emboldening white nationalists” on the campaign trail.

“I saw someone who I think was very very frustrated and very very angry that I was bringing up the fact that some people think he was emboldening white nationalists,” Alcindor said on “Hardball With Chris Matthews” on Wednesday.

I’m simply asking the questions the public wants to know. 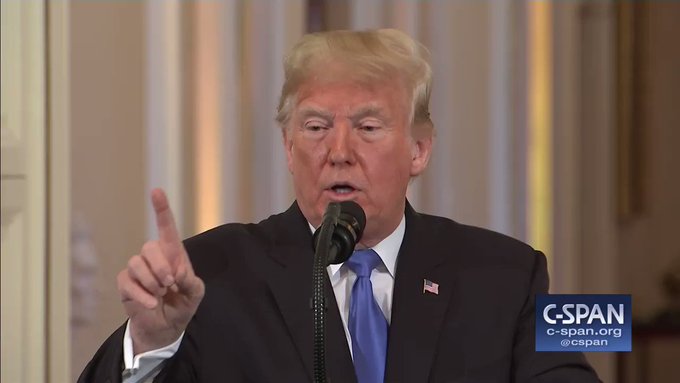 38K people are talking about this

45 is finishing off another week attacking Black women journalists. When will it end? @AprilDRyan @abbydphillip and @Yamiche are brilliant, respectful reporters who are committed to providing the American people with the truth, unlike the President.

And Trump today attacked another black reporter, Abby Phillip: “What a stupid question that is,” he says to her.

1,250 people are talking about this

Trump has harshly criticized journalists across the board this week – he called Acosta a “rude, terrible person” and said he was not smart, and he also mocked foreign reporters for their accents. But many on social media pointed out that Trump has a history of questioning black people’s intelligence.

480 people are talking about this

.@AprilDRyan & @abbydphillip & @Yamiche are 3 of the finest reporters in the @whca and custodians of the #FirstAmendment – dismissing them or their questions as dumb, racist or stupid says more about @realDonaldTrump and his #dogwhistle racism than it does about these fine women.

1,975 people are talking about this

52 people are talking about this

yes, Trump insults people of many backgrounds in many ways.

but he consistently attacks the intelligence of Black people — one of the oldest themes of the racist playbook. https://t.co/nR8KyCon6C

The National Association of Black Journalists, which also called for Acosta’s White House credentials to be reinstated on Thursday, celebrated Ryan, Phillip and Alcindor on Twitter.

HuffPost Streamline
Wondering what to watch tonight? Subscribe to our Streamline email.

.@AprilDRyan, @abbydphillip, @Yamiche – among finest reporters covering the White House, plus April on the beat for decades. @realDonaldTrump‘s vitriol lodged against them, @Acosta, @PeterAlexander is unacceptable.

3,567 people are talking about this

So right, @abbydphillip! @AprilDRyan is a professional, conscientious reporter who does her homework and respectfully asks tough questions. That is the job, and she has done it honorably, covering presidents of both parties as a White House correspondent since 1997.

.@AprilDRyan is on CNN right now defending her many credentials as a White House correspondent. She has covered Republicans and Democrats and has had good working relationships with presidents of both parties. She is not a “loser.”

622 people are talking about this