Joe Biden’s racist past rears its head yet once again. If the first thing that hits your mind when you see this meme is, “what about Trump.” You are doomed to continually be manipulated and misled. If you have to compare one asshole to another asshole you like less in order to make the first asshole look better, you are bound to be shitted on by both.
We have long abandoned the ideology that each person must stand on their own merit, not be given a chance because they are not as offensive with their racism as another idiot.

Keep in mind that when Joe Biden made the statement in the meme, slavery had only been abolished 110 years (not 300). He obviously didn’t care about the traumatic reinjury suffered by Blacks after 1865.

~ 12 years of reconstruction in the south.

~Convict leasing (the precursor to mass incarceration and the Private Prison Industrial Complex) where things like vagrancy were upgraded to a felony and some Black men received more than twelve years in prison for simply being homeless, only to be leased out for labor to the plantations they had been freed from.

Several forms of Serial Forced Displacement (read more here ==> https://www.theodysseyproject21.top/2020/03/01/serial-forced-displacement-of-blacks/ or read a more in-depth explanation in my book, Born in Captivity: Psychopathology as a Legacy of Slavery)

~ social programs that served to disrupt and disintegrate the Black family nucleus, see the Moynihan Report.

~ Legislation in the 70s that blocked better education for Blacks, some of which were authored and championed by Biden himself.

~ Crime bills in the 80s and 90s that decimated the black community (again authored by Biden, read more ==> https://nymag.com/intelligencer/2019/03/joe-biden-record-on-busing-incarceration-racial-justice-democratic-primary-2020-explained.html and the list goes on.

Another fallacious philosophy that is circulating throughout the Black community is that not voting for Biden is a vote for Trump. Obviously, it is not a physical reality because unless you actually vote for Trump, he does not get a vote for you not voting for Biden. Theoretically, historically withholding one’s vote has actually been proven to be seen as a vote for the people. Here is why. Voting is more than a democratic process, it is also used as a litmus test to see how many Americans still believe the current systems work. As long as they can get a high voter turnout, those in control know they don’t have to make any major changes because the people still believe the system works, they just have to find that right candidate.

Here is the problem for Blacks, the system has never worked for us. We have suffered as mightily under Democrats as Republicans. The relationship between Blacks and Dems has been nothing short of abusive. The Dems were just the boyfriend who knew how to smooth talk us after abusing us While the Republicans were the husband who would say, “it is what it is and I said what I said. Now get in there and fix my food.

We have been conditioned to act of our feelings without paying attention to the facts. The facts are we suffered major losses and setbacks under Democratic administrations. The ramifications of those setbacks are still reverberating throughout Black neighborhoods and schools. The wealth gap is widening. Republicans are telling us that racism is a figment of our imagination and the Dems are telling us that it does exist but only Republicans are racist. Racism is an institution on which this nation functions. Anyone who isn’t for change supports the current racial caste system by default.

What I have offered here is this brief treatise is not close to being comprehensive, but it should drive you to look deeper and ask more questions. That is if you are really about knowing the truth and not protecting your intellectual and emotional sensibilities.

When I observe the social state of this country and others around the world, I am flabbergasted by the amount of cognitive dissonance being suffered on both sides of the tables. Blacks are fighting to the bitter end to protect their illusion of a warm and loving Democratic party and Whites are fighting the idea of privilege and past atrocities with every ounce of their beings. However, there will be a day of reckoning when the truth will no longer be veiled and everyone will be held accountable. This massive shift is inevitable. The question is, ‘what side of the story will you be on?” ~ Rick Wallace, Ph.D., Psy.D.

Support the work of The Odyssey Project and its community programs, including the Black Men Lead rite of passage program for young Black males, Restoring Ghettos Forgotten Daughters, Music is Life, Financial Literacy 101 & Beyond, and more at https://www.theodysseyproject21.top/donate or you can contribute directly through the Cash app at $TheOdysseyProject21 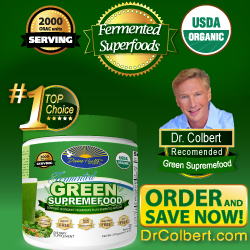