The COVID-19 Impact On the Black Community has become a pointed topic of discussion. We must eradicate the willingness to accept anecdotal premises as truths without demanding evidence. Yes, Blacks are being disproportionately impacted by COVID-19 (in certain areas). The exorbitant numbers in New Orleans could have been curtailed if leadership would have had the courage to cancel Mardis Gras.

Keep in mind Blacks have fallen victim to benign neglect, serial forced displacement, urban renewal, redlining, gentrification, etc. — placing us in the position of being a permanent underclass (or at least for the foreseeable future). As a permanent underclass, Blacks are consistently underserved in every aspect of life including healthcare. Additionally, poverty and historical culture influence the collective health of Blacks in this country.

The Black population suffers substantially from medical and health conditions that include coronary heart disease, diabetes, autoimmune diseases, obesity, and more. The very conditions that make us more susceptible to contracting and dying from the disease. At the core, this is not a Black issue, it is a poverty issue. Blacks just happened to be impacted by it at the highest rate.

Get your signed copy of Born In Captivity now!

In the case of New Orleans, the Mardi Gras put this vulnerable population in an environment that exposed them to the very thing that would feed on their inherent health deficiencies.

COVID-19 is not the monster or the grim reaper, it is simply the lens through which we are finally viewing this nation for what it really is. The poor have always suffered at a greater rate than those who are financially affluent.
Be careful not to read more into these reports than what is true. Blacks are not genetically more susceptible to the virus, people with compromised health are.

Blacks are not the only ones dying and according to most of the latest reports, the rate of contractions and deaths are slowing around the world, and yet we keep getting doomsday messages just in time for the vaccine, which they just happen to want to test on Blacks first. First, it was Africa, who said hell no, and now it is Detroit.

FYI — I am going to cover this in greater detail later, but there is a reason they want to try it in Africa first and believe it or not it isn’t solely about depopulation; it has to do with dominant genetics. They need to test it on the purest form of the species. While they constantly spew that genetic superiority BS, they know the truth. 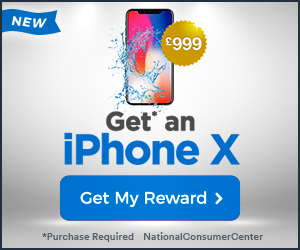