California State Senate Committee Bans Saying ‘He’ and ‘She’

California State Senate Committee Bans Saying ‘He’ and ‘She’ 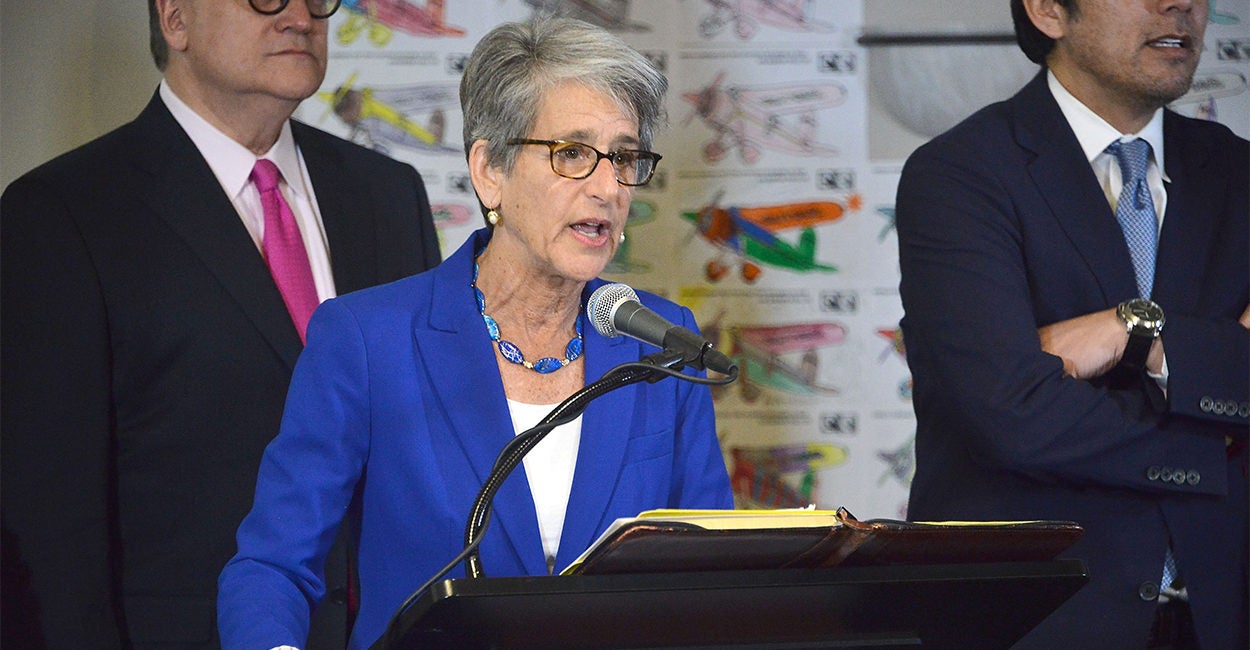 “We are using the phrase ‘they’ and replacing other designations so that it’s a gender-neutral designation of ‘they,'” says state Sen. Hannah-Beth Jackson, D-Calif. Pictured: Jackson speaks on equal pay and the California Fair Pay Act at North Hollywood Amelia Earhart Regional Library on Dec. 29, 2015. (Photo: Araya Diaz/Getty Images)

Spiked Online editor Brendan O’Neill reacted to a California state Senate committee banning the words “he” and “she” during hearings and said it’s an example of political correctness run amok.

“It’s crazy. It really shows how far the politically correct lobby are willing to go in terms of policing language,” O’Neill said on “Fox & Friends” Tuesday.

“They now want to control not just hateful language and racist language, which we all agree is a bad thing, but everyday speech. ‘He’ and ‘she.’ The words that people use all the time in everyday conversation to describe men and women. They want to dig down so far into how we speak, and ultimately into how we think, that they are willing to ban the most common words in the English language.”

Democratic state Senate Judiciary Chair Hannah-Beth Jackson spoke about the change on Thursday, which affects her committee, and said it’s a matter of gender.

The liberal Left continue to push their radical agenda against American values. The good news is there is a solution. Find out more >>

“We are now a state recognizing the nonbinary designation as a gender,” Jackson said. “We are using the phrase ‘they’ and replacing other designations so that it’s a gender-neutral designation of ‘they.’ Basically, that’s the primary reforms and revisions to the committee rules.”

Jackson was a victim of her own rules, however, when she referred to her old grammar teacher as a “her” instead of “them.”

She was cut off mid-sentence from several people in the audience who corrected her and insisted she use the words “them” or “they.”

“There is kind of transgender extremism at moment. Now, I’m fully in favor of trans rights. I think trans people should have same rights as everybody else. But there is this kind of trans extremism, which presumes that anyone who uses words like ‘he’ or ‘she’ is being disrespectful to trans people or disrespectful to nonbinary people,” O’Neill said.

“I think it is going to spread,” he continued. “We’ve seen similar developments in the United Kingdom, for example, where feminists who are critical of transgender politics are hounded and harassed and their meetings are closed down, simply because they think we should still have the right to talk about men and women.”

at https://www.theodysseyproject21.top/born-in-captivity/ or you can contribute

directly through the Cash app at $TheOdysseyProject21