Any time that I hear politicians talk about being tough on crime, I immediately interpret that as meaning they are going to be tough of Black people in specific. Unfortunately, we live in a crime-riddled culture where the middle-class love to hear about how newly elected officials will crack down on crime. Equally unfortunate is the fact that Blacks seem to be the low hanging fruit on the criminal tree.

One thing that I have learned to do is look beyond the rhetoric of those who claim to have my best interest at heart to observe their actions. To use a more colloquial expression, I need receipts. Another thing that I have become increasingly leery of is the proverbial Black face in a high place. If eight years with the Obama administration taught me anything, it was the fact that it seems to be remarkably easy to misdirect the focus of Blacks by simply placing a Black face in a position of power. Just the idea of someone who looks like us winning is enough for the vast majority of us.

We never held Barack Obama to the flame. We never demanded receipts. We never demanded that he honor any type of code. We simply made excuses for him — excuses that Donald (Agent Orange) Trump is totally obliterating. Trump is running amuck while serving the interests of those who he holds in high regard. Obama exposed a huge fallacy that has cost Blacks dearly over the last 60 years. Our blind trust of the Democrats has allowed us to be herded into Ghettos, victimized through serial forced displacement, targeted by the Private Prison Industrial Complex, and consumed by a public education system that miseducates our youth.

So, when so-called progressive liberals attempt to paint Kamala Harris as a former prosecutor who was tough on crime, I see straight through it. In fact, Kamala Harris has quite the reputation for locking up Blacks and fighting against any type of policies that would offer relief of the constant pressure of this racial caste system.

Not only was Kamala Harris been disproportionately tough on Blacks during her stint as the District Attorney of Alameda County in the Bay Area, but she was the residing DA when Oscar Grant was murdered by a rogue cop. It was under her watch that this cop while being found guilty of the wrongful killing of Grant, was only forced to serve less than a year.

Based on her policy record and the memories of the Blacks in the Bay Area, Kamala Harris was more of a terrorist than a bastion of hope for Blacks. The truth is that despite her paternal roots being anchored in Jamaica, Kamala has never identified as Black — not in her policies, her defenses, nor her approach. Even when her Jamaican heritage is brought up and she is asked how she prefers to be categorized, she defers to simply being a proud American. In fact, you would be hardpressed to find a moment in which Harris even uses the word “Black” when referring to a race or group.

The problem is that Harris knows that just the idea of having a Black woman in the office of president stirs the emotions of a substantial amount of Blacks. She is banking on the status quo remaining intact. She is resting her hat on the notion that simply having a Black heritage will be all she will need to sew up the Black vote.

Let’s take a deeper look into these receipts that Harris has compiled over the years to assess how Blacks have fared when exposed to her leadership. Until she was forced to shift positions, Kamala Harris fought tooth and nail to stave off the legalization of marijuana. While it is easy to see the economic impact of her position, what is more, prevalent to Blacks is the fact that Blacks have historically been arrested at a higher rate than Whites for marijuana possession — despite usage and possession being about equal. Billions of dollars were wasted supporting racially biased arrests, and yet Harris scoffed at the idea of legalizing recreational use of marijuana. Only after the benefit to the wealthy elite became obvious did she switch sides.

Harris also failed to support the requirement for police officers to wear body cameras while executing their required duty. This has always been a point of contention for me because I believe that if a person has nothing to hide there should not be a problem with recording every encounter with the public.

Kamala also defended the three strikes law despite the fact that it negatively impacted Blacks at a rate 12 times higher than that of Whites. Kamala Harris has been in a position to alleviate a substantial part of the suffering of Blacks, and yet she has demonstrated directly through her actions that Black lives are not a priority to her. Simply put, her support of the status quo in the carceral state is clearly supportive of the demise of Blacks.

Kamala Harris also supports the death penalty, a modern form of lynching that disproportionately impacts Blacks and poor non-Blacks. Her unwavering support of the death penalty despite the growing number of convicted citizens who are being proven innocent after the fact is mind-boggling.

For just one example, I introduce Kevin Cooper, who was taken to trial under racial conditions that were highly overt and poignantly stacked against him. Kevin Cooper landed on death row despite evidence of his innocence. During his stay on death row, Kamala Harris Advocated for his execution — completely ignoring evidence that could exonerate him. It was not until a reporter for the New York Times exposed the case that Kamala shifted sides. It appears that she is very good at knowing when to abandon a stance that might expose her.

Not only has Kamala failed miserably when it comes to supporting policies that could improve the conditions of Blacks, but she has fought vehemently to preserve the Private Prison Industrial Complex — a form of modern-day slavery. Harris is remarkable at weaponizing civil rights language to stir the emotions of the Black population, but her actions leave a lot to be desired. It was Harris who led the pushback against a federal order that demanded that states expand early parole programs. Her objection was not that the program would put more dangerous criminals on the street because the program was focused on the release of non-violent offenders. Her reasoning, based on her own words was that the state would lose valuable free prison labor. It does not require that you have an absolute perspicacity of the penal system to understand how bad this type of stance is for Blacks, you only need to know that Blacks make up nearly 40 percent of the total prison population (the majority).

Any time that mainstream begins pushing a Black candidate with the enthusiasm that we are seeing with Harris, Blacks should immediately start waving the red flags to alert all others. It is beyond time for Blacks to graduate to a more complex view of politics and how they impact us in every aspect of our lives. It is time that we demand receipts for those claiming to have fought for our interests. We must develop an agenda that we can present to any politician seeking our votes and endorsements. We can no longer sell our vote for a wink and a smile. It is time to stop falling for the intrusion of politicians into our culture to sell us a bill of goods that we too readily purchase because they play the saxophone, smoke weed, or dance to the latest hip hop song. 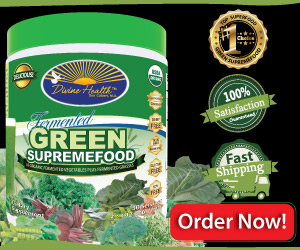 To date, no political group has taken up the mantle of the Black struggle. Yes, they talk a good game, but their actions forsake their claims.

As Minister Louis Farrakhan said, “…a government that rubs us good on one side and kicks us in the behind on the other.”

“We want a government that is as good as its promise.” ~ Barbara Jordan

Toward the end of his life, Dr. King admitted that he was integrating our people into a burning house. He died trying to extinguish that fire. Sometimes you have to simply let it burn. Some things are not worth salvaging. What is truly pure will be refined by the fire. That which perishes was no good in the first place. As a race, we can no longer make covenants with those who treat us as enemies and feed us lies. We must stand tall in our convictions and speak truth to power.

Finally, for those who will accuse me of being a misogynist for calling a spade a spade, I have no problem with a female president. In fact, I would love to see one. What I am not willing to do is underwrite evil solely because it comes in Blackface. ~ Rick Wallace, Ph.D., Psy.D.

Support the Black Men Lead rite of passage program for young Black males at https://www.theodysseyproject21.top/born-in-captivity/ or you can contribute directly through the Cash app at $TheOdysseyProject21